In this second part of our article, we explore ten more common types of website, including many that are not strictly business-related. 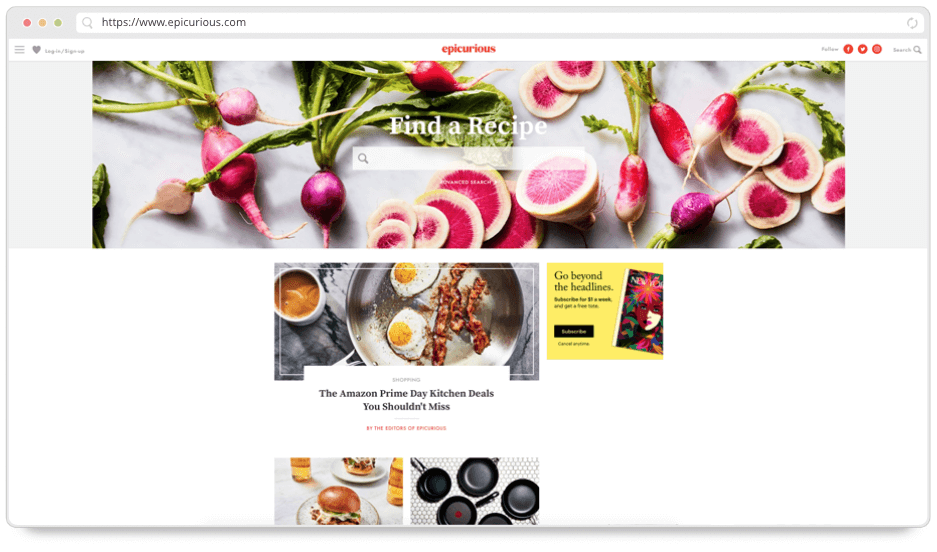 Websites that are dedicated to providing information on a particular topic or range of topics but do not directly sell or otherwise provide courses are called informational websites.

Informational websites are often run purely as labours or love, representing the hobby or interest of the creator, but the most popular may attract funding from advertising revenue, pledges of ongoing support on crowdfunding sites like Patreon, and voluntary one-off donations. 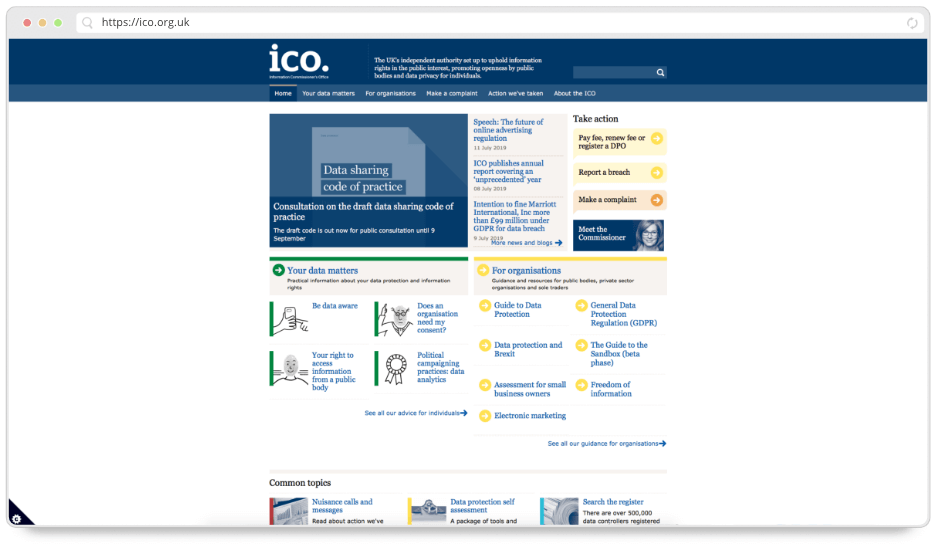 Some informational websites on topics such as politics may include strong opinions that attract comments and controversy, while others may be scholarly and focused on history, literature or science, and still others practical in their focus.

Informational websites also include fan sites dedicated to particular public figures and celebrities such as sportspeople, musicians, writers and actors. 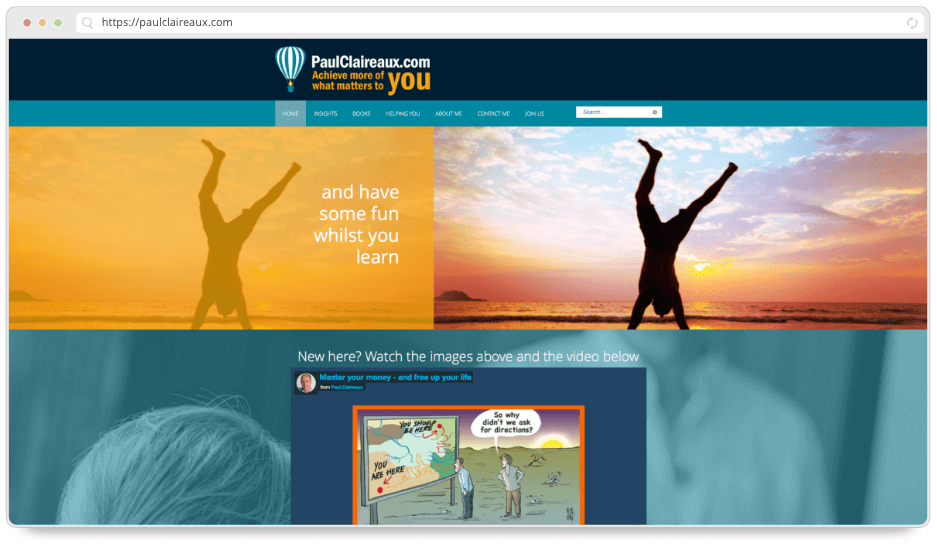 Infopreneur websites are essentially informational websites that additionally serve as a sales portal to information-based products or services. They may include areas closed off to the public for which a membership-based pass must be purchased, documents that must be paid for to be downloaded, advertisements for teaching, training and tutoring services or courses that are offered at a cost by the website owner, and perhaps also an e-commerce area selling books or electronic books that have been written by the website owner. 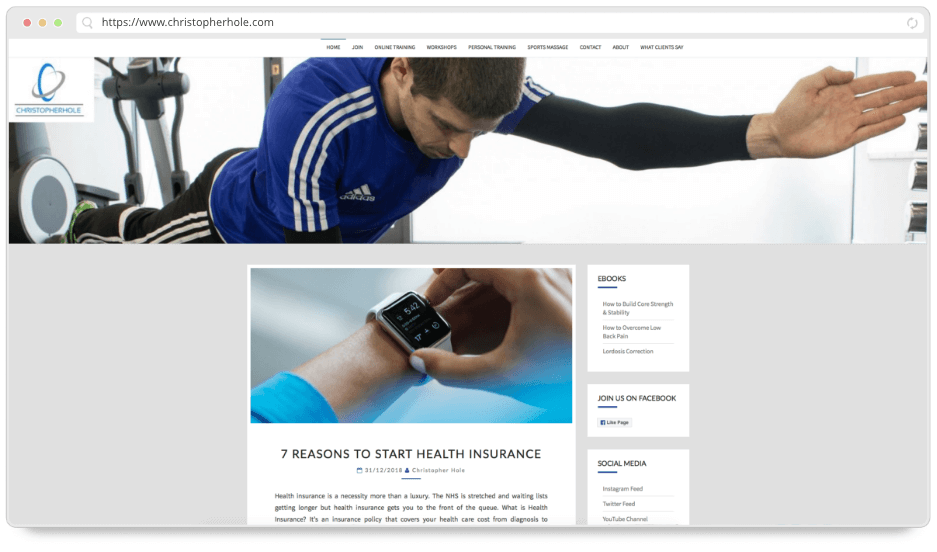 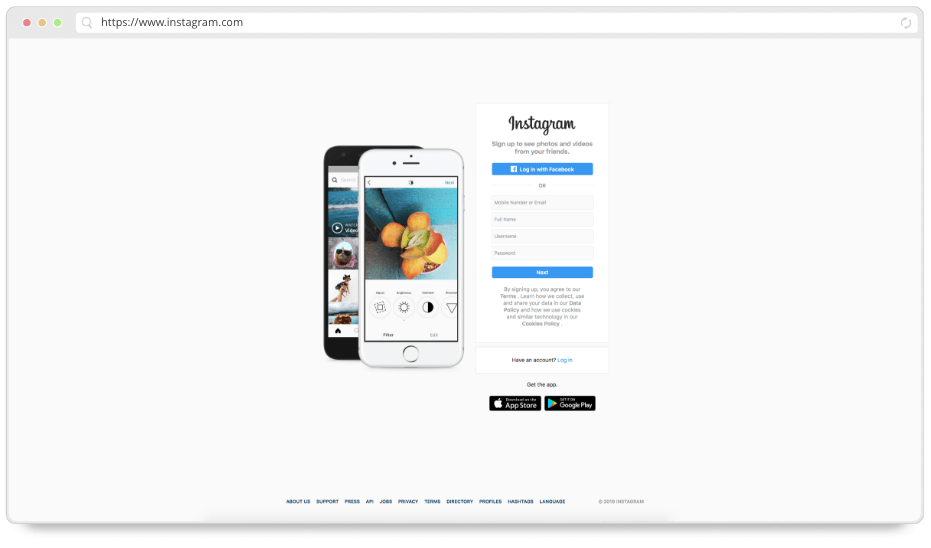 A social media website is one that is designed to facilitate social interaction between individuals using the Internet.

This may take several forms including public chat rooms, personal instant messaging services, and the familiar personalised news feeds of comments and news updates posted by contacts with whom a mutual agreement has been made to connect, or by individuals and businesses one has unilaterally elected to ‘follow’. 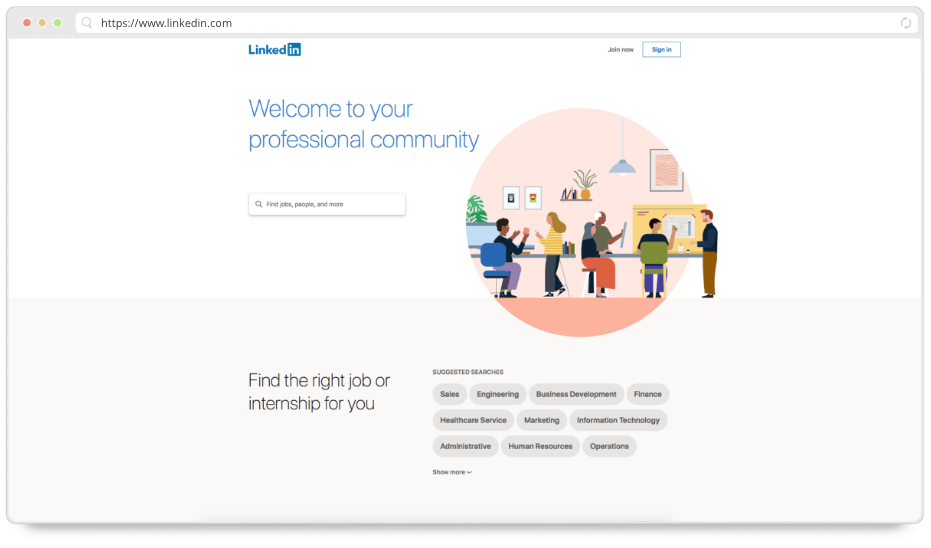 Chat rooms and instant messaging services were far more prevalent in the 1990s and early 2000s.

The personal connection-limited news feed style of social media service did not rise to prominence until the appearance of Myspace in 2003, with Facebook, Twitter and LinkedIn following later, and Instagram and Snapchat much more recently still. Some social media websites (e.g. Facebook) also nowadays include forum functionality. 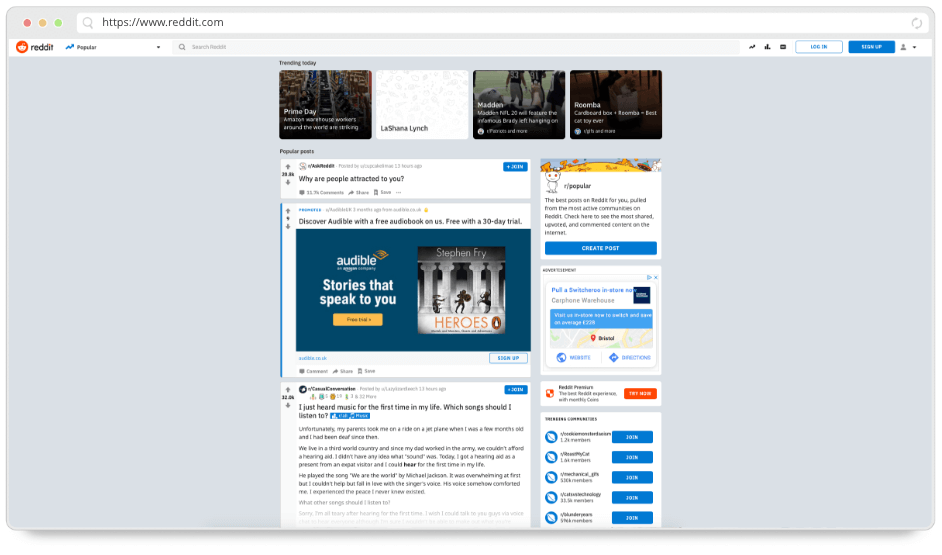 An online community website is any website that is designed to facilitate interaction between individuals sharing a common interest. They differ in this respect from catch-all social media websites.

Community websites typically include one or more forums characterised by message boards on which individuals may post topics and others respond. These may be set up to be private and only viewable by registered members,  but are most commonly public. For reasons of personal privacy and online safety, there is a long tradition of users of public forums adopting assumed names or ‘nics’ instead of their real names, though this is not obligatory and is actively discouraged by some.

Users will be required to sign up for membership with a valid email address in order to participate in the forums provided. Membership of public community websites is usually free, but there may be blacklists of banned members and restrictions imposed by administrators on behaviour that members are expected to adhere to in order for the discussions to remain on-topic and for a safe community atmosphere to be maintained. 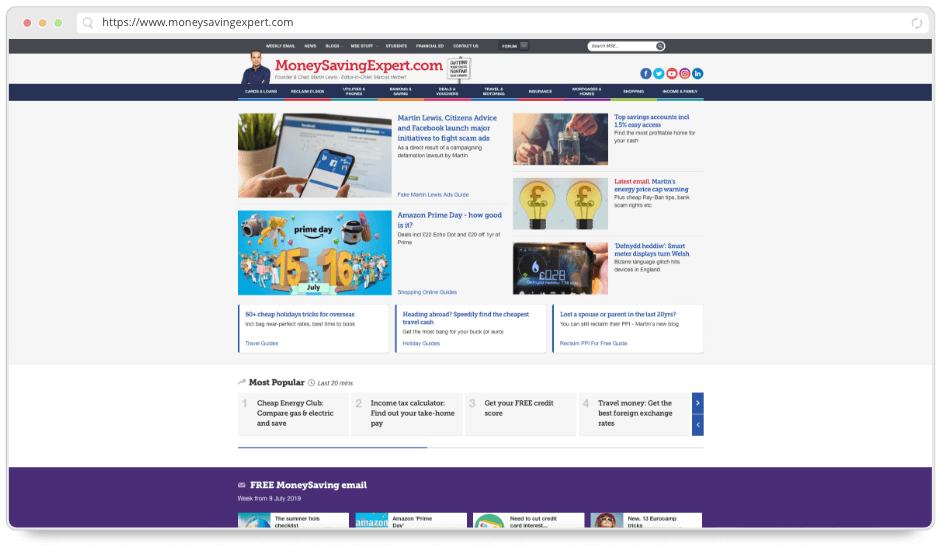 At the turn of the new millennium, it was most common for community websites to exist as part of large networks such as Yahoo Groups and MSN Groups. This helped to draw in new members and maintain high activity levels by facilitating the discovery of forums; and frequently members of one would also join others.

Myspace also got in on the act in the mid-2000s, and around that time, a great many independent websites also began to spring up using standard third-party forum software to provide integral forum functionality. However, both Myspace groups and MSN Groups had fallen by the wayside by the end of the decade; and then when Facebook groups became closely integrated with the main Facebook platform in 2010, this had the effect of drawing users away from external forums into those readily accessible from Facebook. As a result, only those external forums with high volumes of traffic have tended to remain significantly active in the 2010s, and it has become much more difficult to get a new forum off the ground in an independent website than it once was. 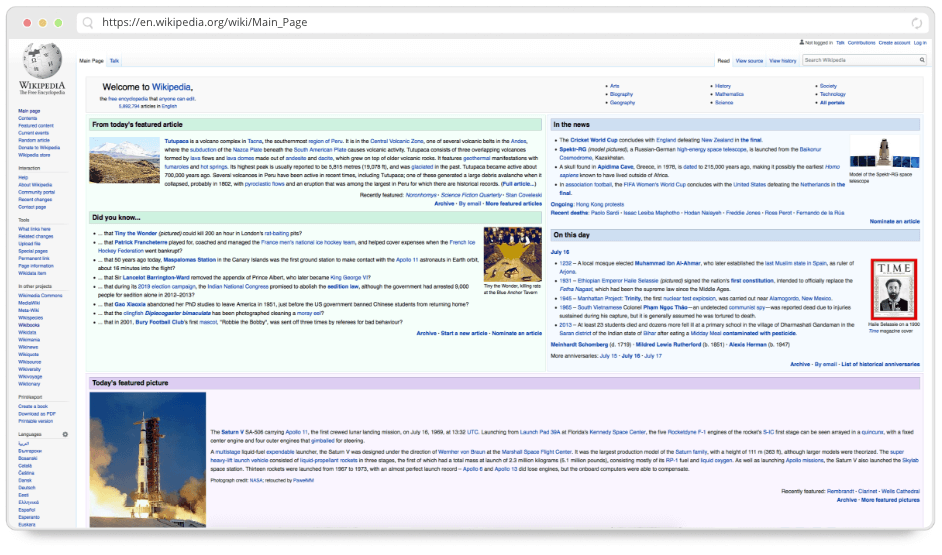 A Wiki website is one that is set up to serve as an encyclopaedic presentation of information that can be contributed to and edited by multiple volunteers. The generic term derives from its original use by the largest of them all, Wikipedia.

While in principle editing is open to all, each Wiki website tends to have its own set of rules imposed by the managers and enforced by the administrators. This is necessary in order to maintain quality standards and allow for arbitration based on a coherent set of principles in the event of an editing dispute between different volunteers.

Each Wiki may also have its own rules regarding what content is appropriate for it. Even the most encyclopaedic Wiki by design, Wikipedia, excludes by policy any individuals who fall short of its ‘notability’ criteria and some topics that fall short of its criteria for scientific and factual reliability. 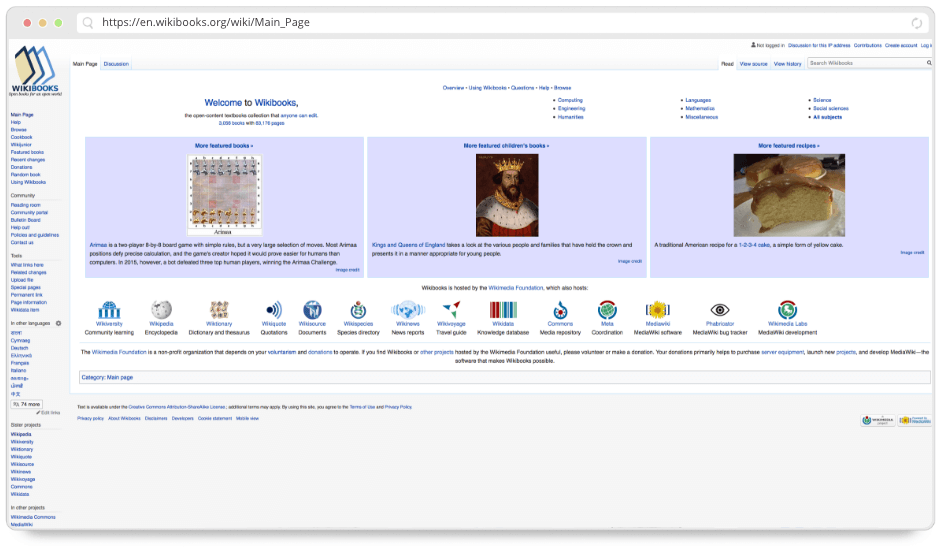 Other Wikis may be restricted to a niche topic in order to focus upon it in depth and reduce the risk of damaging and destructive edits from those ignorant about it as might be expected from a general encyclopaedia.

A general rule of all Wiki websites is that they are to be run on a non-profit basis and without advertising. However, they may accept donations, and where these are sufficient to allow it, the managers may be paid salaries. This is only likely to be possible on the most high-profile Wikis. Most others are non-remunerative labours of love for all involved, not just the volunteers. 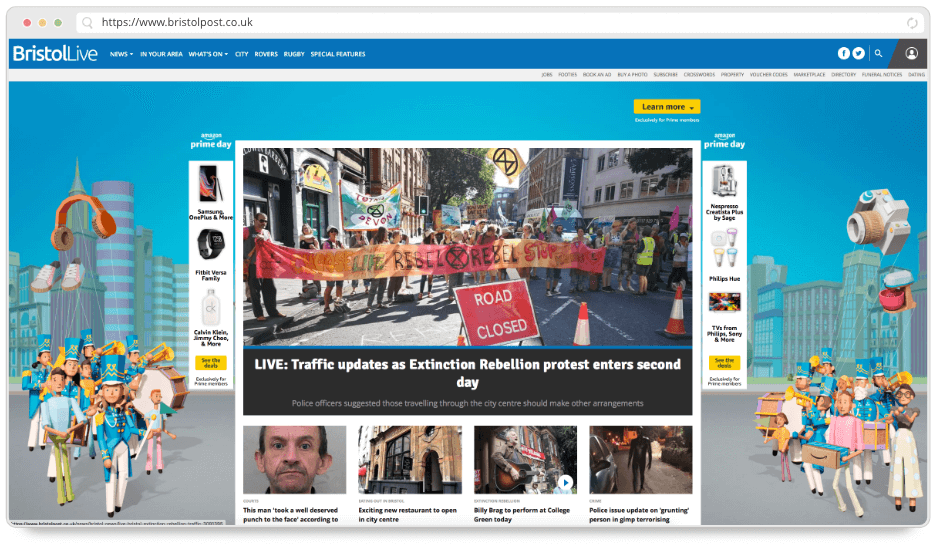 Because of the near-instant updatability and accessibility of the Internet, it lends itself extremely well to news output. Stories can be posted and updated in real time, reaching audiences faster than scheduled television or radio news output, and much faster than print newspapers.

In fact, news websites have become so well-frequented that the entire print newspaper industry has fallen into a prolonged and steep decline in the past 20 years.

Responding to this crisis, some providers have adopted a subscription-based access model – notably (in the UK) the Times, the Daily Telegraph and the Financial Times. Others, such as the Guardian, have held out with a free access model out of an idealistic aim to disseminate important news and perspectives to a wide public audience irrespective of its ability to pay, but have resorted to pleas for and met with some success in attracting public donations in order to curb their losses and make themselves more sustainable. 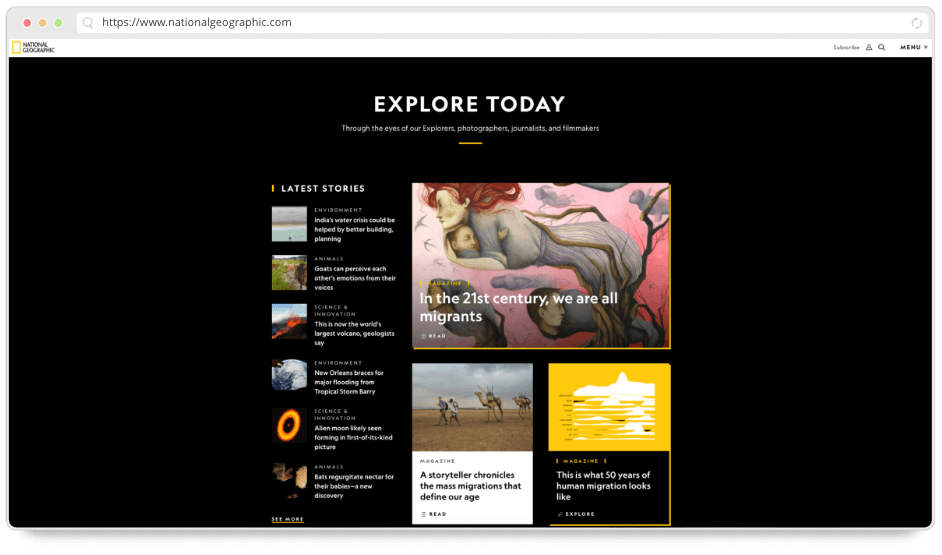 Print magazines have also suffered to a degree from the proliferation of online content, with even those ploughing highly specialised niche furrows having tended to see declines in their print circulation compared with twenty years previously. However, most of them maintain websites to display a limited range of their content, and these should help to attract new print subscriptions as well as the cut-price electronic subscriptions that have become an increasingly popular alternative.

Academic journals also maintain websites to represent them; and while most of these provide little more than information on how to take out a subscription, there has also recently emerged a trend in academia of moving research journals to an open-access arrangement, whereby their entire contents including all articles are displayed online to the general public, free of charge. Journals whose responsible institutions that have taken the decision to move to an open-access model have most often closed down their print operations altogether, so reading online is now the only way to read. 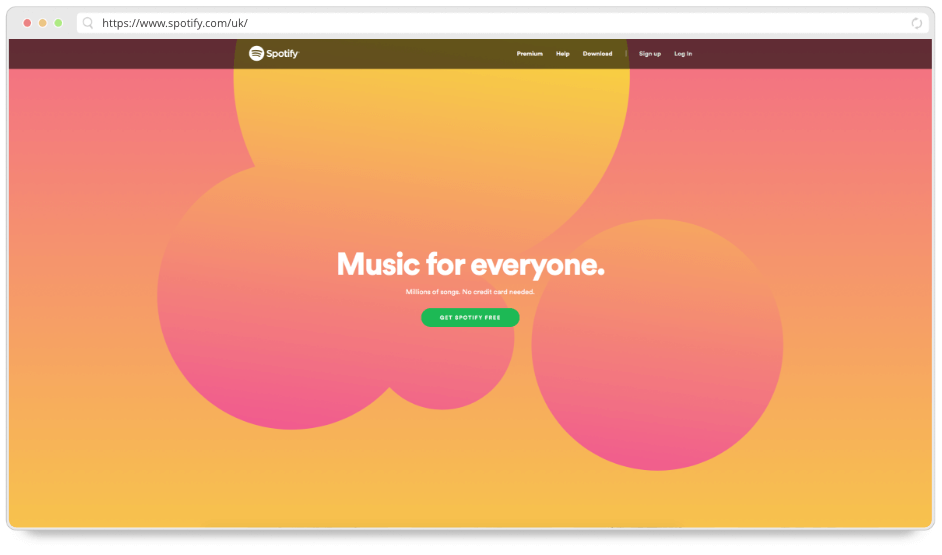 Entertainment websites are those that are designed to entertain the website user. They include websites based around comedy, and those providing comic strips, works of fiction, music, films and drama series. They also include those allowing users to play online games.

While audio-visual features are commonly found on entertainment websites, they are not necessarily required. Websites allowing users to read out-of-copyright novels presented attractively on dedicated reading apps are still serving the function of entertainment.

The business models of entertainment websites vary widely. Some may invite users to upload their own content, while others enter into arrangements with publishers to feature their content. In the cases of websites that allow users to upload their own content, there have been some problems with piracy and the unauthorised uploading of copyrighted content that have remained a source of widespread controversy. 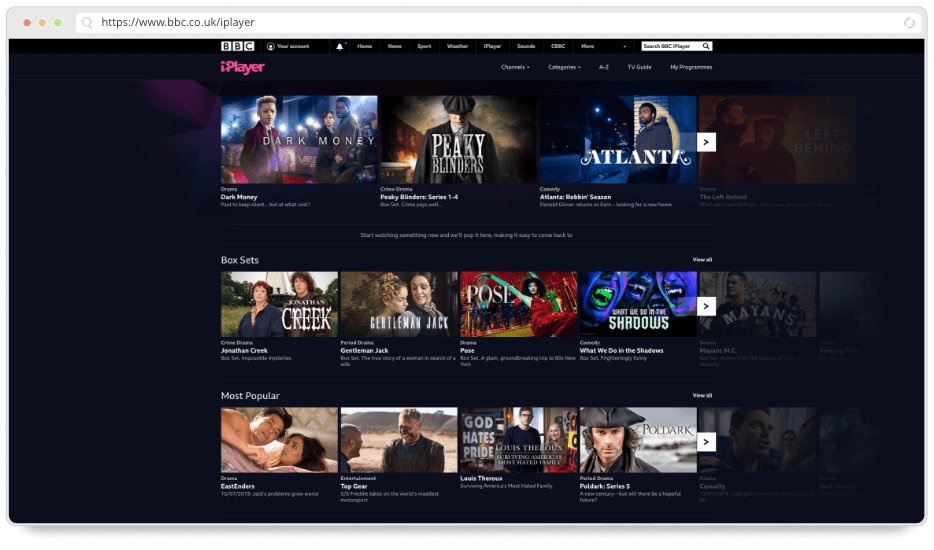 Television companies, film companies and record companies tend to have their own business websites, some of which feature sample entertainment content or internal shops that sell it.

Netflix is an example of a film-streaming website that has become an international giant in the field, after initially taking off chiefly in California.

Spotify is now world-renowned as a music-streaming website, and operates on the basis of charging a modest monthly subscription to users. It then pays a very small commission to record companies for each time an artist’s track is streamed on the platform.

YouTube is the best-known video-streaming website that allows the copyright holders of commercial music videos and film footage to post them for free download by users in return for a small share of advertising revenue. It also allows ordinary users to upload their own material. Numerous claims of copyright infringement on user-uploaded material have led to the adoption of automated checks for some types of copyrighted content. 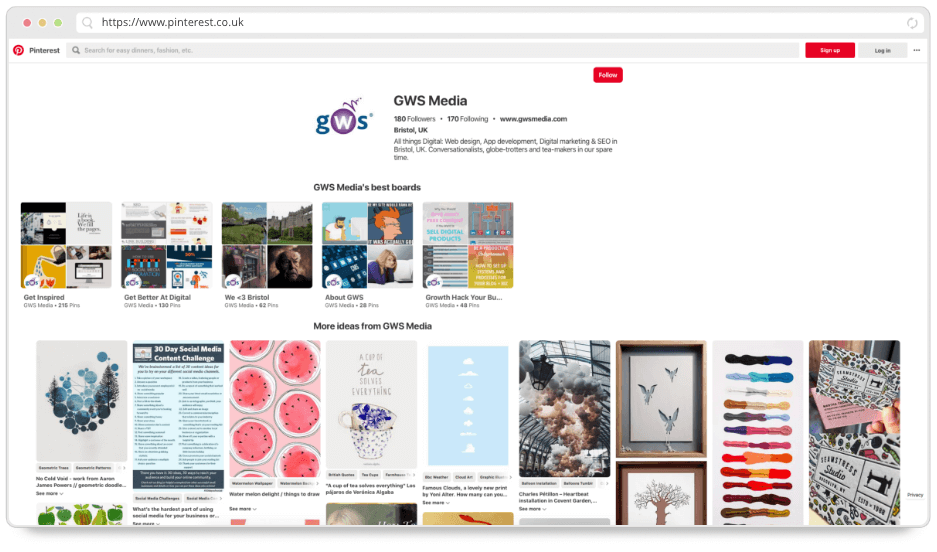 There is a large photography community on the Internet, just as there are many millions of people around the globe who enjoy taking pictures; and as we have explored in a previous article, there are now many websites dedicated to the sharing of photographs, including but not limited to stock photography. 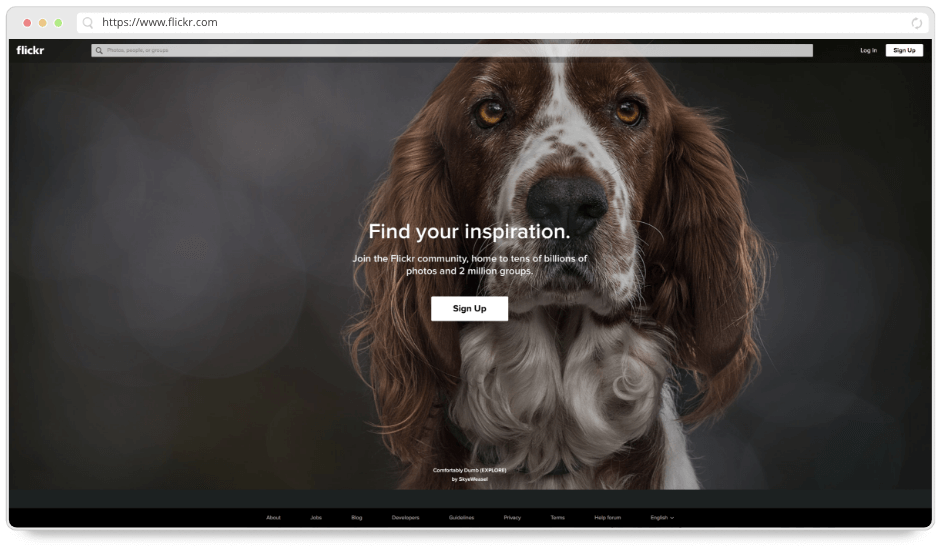 Enthusiastic amateur and professional photographers love to upload samples of their work to these websites and to see others viewing, downloading and reacting to them. 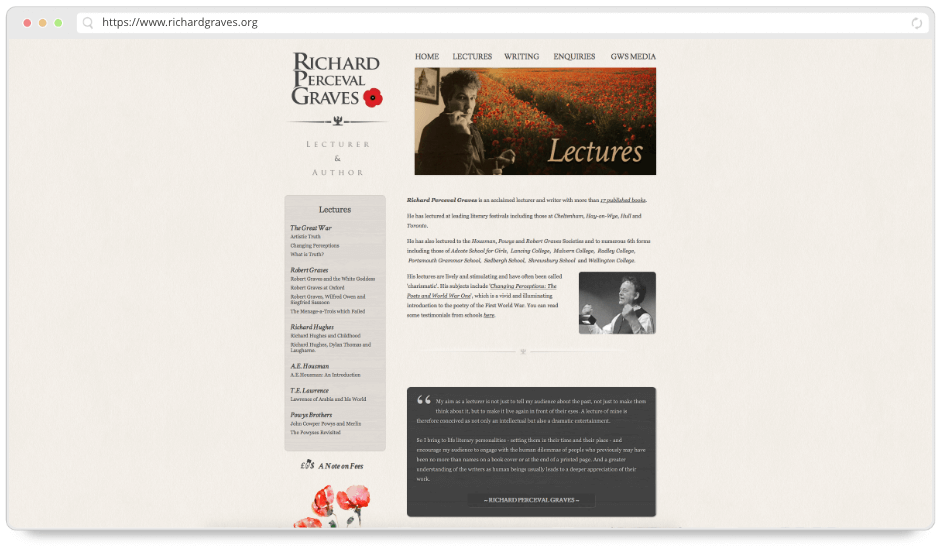 A personal website is any website that represents the identity of an individual and / or that individual’s family. It may include blog elements but is more than just a blog. It will include static pages with autobiographical sketches and recollections, as well as probably photograph albums, and possibly diary entries or other documents. 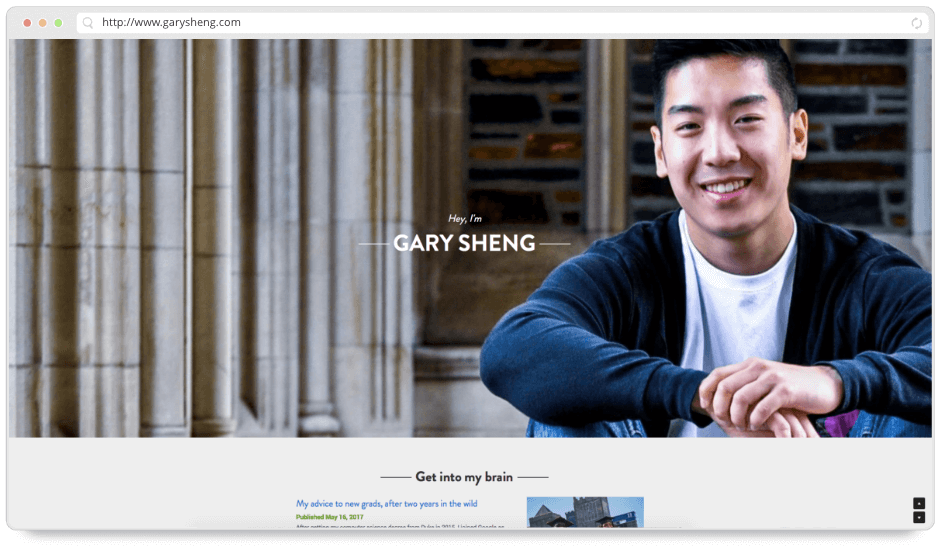 Unlike a portfolio or CV website (as covered in Part One), a personal website is not primarily or exclusively oriented towards representing the professional identity of the individual or seeking work, though it may include elements of content about the individual’s career. 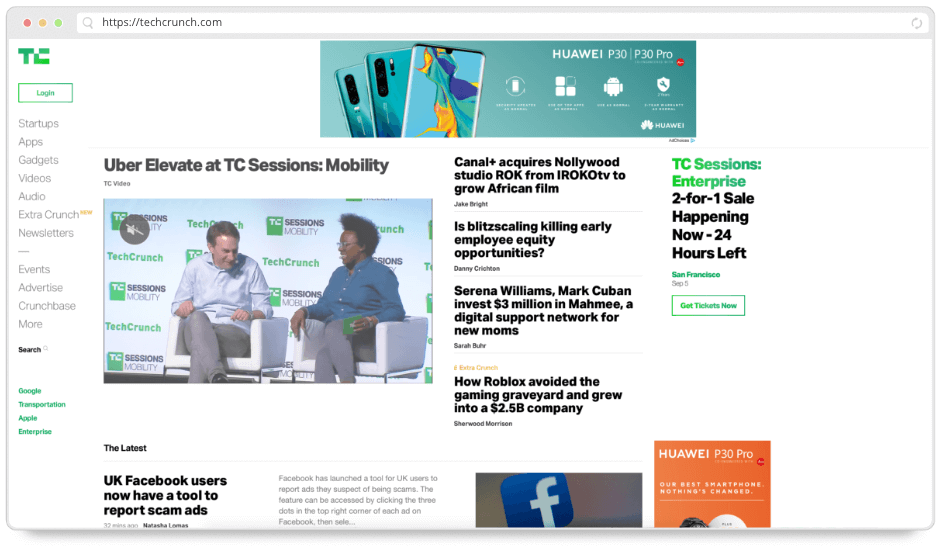 A blog website is any website that consists solely of a series of chronologically ordered postings by an individual. These will be text-heavy but may include images too.

While they are likely to be found at personal subdomains of popular websites dedicated to blogging, such as Wordpress.com, Blogspot and Blogger, they may also exist at independent domains, although in this case blogs are more likely to be a feature of a personal website rather than the sole focus. 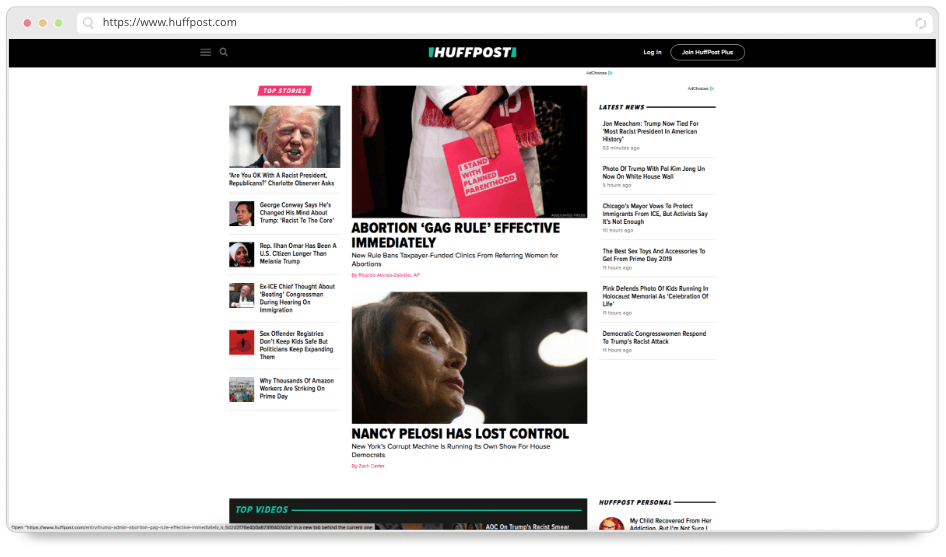 The most successful blogs attract comments and shares of articles and can build up a considerable domain authority over time. Once a high level of traffic and goodwill has been established, many blog owners see an opportunity to monetise their blogs by advertising their services through them.

Here we’ve looked in detail at many website styles that offer something different from the usual business-related site. Head back to part one to cover eCommerce sites, Brochure and Catalogue sites, Crowdfunding sites and more. Or if looking at all the many variations of what a website can look like has given you some insight in changes you would like to your current site, why not get it touch? It may be something we can help with.