Using the internet is part of our daily routine, for some of us it is even a career.

Whether you use it for work or not, it has quickly become the go-to source for information; for instance, what the weather will be like that day or whose birthday is coming up.

We have come to rely on the internet whether its uses seem trivial or integral to our lives. 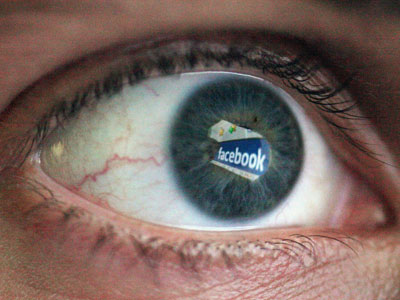 Earlier this year a scientific study from the University of Chicago claimed that Facebook and Twitter are more addictive than cigarettes or alcohol.

The experiment was conducted in Germany, using 205 participants with smartphones, measuring how strong their desires were to use the internet and social media and how successful they were in resisting the impulse.

The study found that the highest rate of 'self-control failures' were linked to social media.

This impulse to access social media can be linked to the increasing popularity of smartphones and the way they allow social media to be right at our fingertips 24 hours a day.

Apparently, 45% of people with mobile subscriptions in the UK are using smartphones.

This has normalised the possibility of constant access to social media and in the process has further integrated social media into people's lives.

As a result, this integration has opened up the playing field for a host of new useful apps which make us wonder how we ever coped without them.

Statistics like these highlight the ever-growing need to incorporate social media into a business's marketing plan: people just can't keep away from social media sites, and your customers or potential customers will be among them.

Jennifer Mattern discusses how marketers should split their time between different social media sites, stating the importance of involving yourself in social media channels that are beneficial and worthwhile to your business, while Mashable offers some great tips on which social media network you should use - and when.

Social media is useful on so many levels: it is essential for keeping in the loop, keeping in touch and showing you're still active and engaged, whether it be for personal or professional reasons, or both.

The nation's passion for social media sites shouldn't in this light be seen as a negative thing, or compared to an unhealthy habit, but instead celebrated.

The possibilities for transparency and accessibility in communication between businesses, clients and customers mean it should be embraced and approached as a powerful tool for engagement.