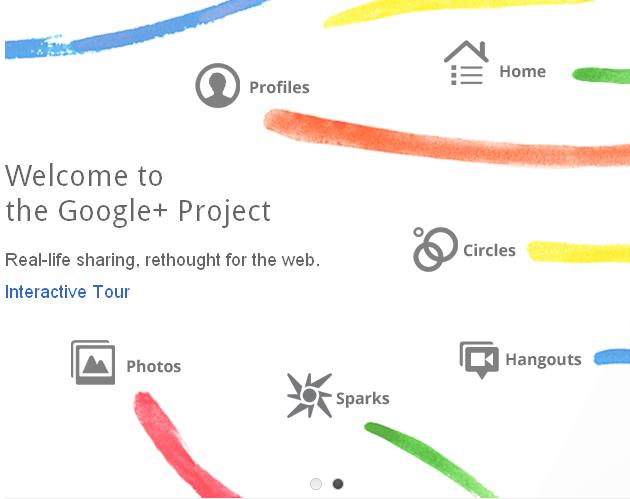 Yesterday, Google announced the launch of Google+, their social networking project, apparently designed to be in sync with the way people interact in real life.

Currently it is only available to a limited number of users, but Google has released lots of information and the services that will be included in it.

So, we thought it would be good to feature an initial response to this news; at this stage it is hard to predict whether this addition to existing social networking sites will be important to business in quite the same way as Facebook, LinkedIn or Twitter, but there are some elements we picked up that may be of possible interest to businesses using social media.

Quite apart from the look and usability of Google+, the big question must be, does it stand a chance of taking over from Facebook as the go-to social networking site?

As Mashable has pointed out in their coverage of the launch, Google has created 11 videos introducing each aspect of Google+.

As promotional material these are very effective: slickly made, using emotive and personalised descriptions of each part of Google+, which emphasise the ease of use, ability to connect with friends in a simultaneously controlled and spontaneous fashion.

The privacy debates that seem to constantly surround Facebook have clearly had an impact on Google+, as it seems to be very focused on controlling who sees what, with many different settings that users can customise to their preferences.

The videos also feature a lot of footage of Google+ in use, showcasing the clean design and how easy it is to navigate and control.

And Google is quite right to focus on this, as surely the design will be key to how many people come on board, as Facebook has such a distinctive and globally familiar layout.

Google+ seems to be following a relatively similar basic format, but with what looks like a somewhat less cluttered and more colourful approach.

There are several core services covered in the videos, including: 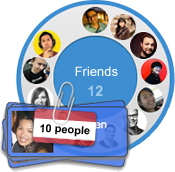 You contacts can be put into 'circles', which means you can then easily filter information and contact to particular groups.

This appears to be a cornerstone of Google+ and the way it is used.

Although grouping friends is something that can be done on Facebook already, the videos for Google+ make this look like a much easier process.

This area is about controlling how your profile is seen - bringing up the important issue of privacy.

Again, this kind of control over the visibility of your information is something available on Facebook, but one key difference is that users are able to see how other people see their profile, making them aware of how different settings effects others' access to them.

You can also connect your other networking accounts to your profile here (LinkedIn is used as an example in the video), perhaps with the idea that your Google+ profile will become your central networking hub - which seems like something that could have a big impact on business use.

A great deal of the texture of the settings customisation is about controlling how you are seen and by whom, all very useful in these privacy-conscious times, but will the option for a high degree of individual customization make it too complicated?

This is the android / web App (and forthcoming iPhone App) that runs your Google+ profile from your phone.

One interesting element of this is that it incorporates location-based networking, giving users the option to filter their news feed by location (with the idea of allowing you to catch up with friends that are be nearby), which makes it seem like a more directed way of using this technology than services such as FourSquare etc.

Another element of Google+ Mobile is that pictures taken on your phone are automatically uploaded to your profile, ready for you to share when you want to.

This allows for conversations between multiple users - a group chat via instant message between a particular circle of friends.

You can have conversations with multiple people via Facebook messages, but again, perhaps this is less easy than it looks to be on Google+.

For webcam chats with people from a particular circle who are available at the time (another nod to encouraging spontaneity in social networking), this element certainly goes one better than Facebook, and perhaps challenges services like Skype.

We could see this having a potential business use (particularly in creative industries), as video conferencing becomes an everyday element of business.

Skype might be the market leader, but there has been speculation about what Microsoft have planned for the service (i.e. will it become paid?) and despite Skype's base of users it may come down to usability.

An extension of the current Google Reader service, whereby recommended content is delivered to you based on your chosen topics (so a kind of saved Google search), and is made easy to share with others.

This strikes us as the aspect of Google+ immediately of relevance to business, considering both the potential for sharing content between colleagues and in relation to the online visibility of businesses in Google.

It will be interesting to see how this content is generated, and how it impacts on online visibility. 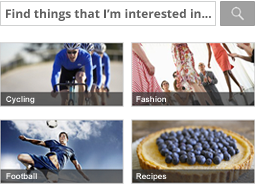 It is difficult to tell until Google+ is available for general use, but Google are promoting it effectively and have achieved positive responses so far: Mashable has a poll which indicates the majority of respondents are very positive about Google+.

Of course, ultimately the success of Google+ (and by extension, its impact on Facebook) is down to user take-up; whether it actually has the ability to steer people away from established sites, and whether people have room in their lives Facebook and Google+.

What do you think?

Would it make you move away from Facebook, or would you consider using both?