With the astounding success of Team GB at the Olympics and London's hosting of the Games in general, it is fascinating to gauge the impacts that the Olympics had on Twitter and that Twitter had on the Olympics. 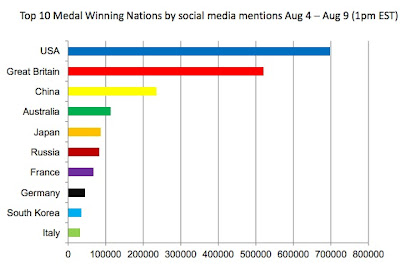 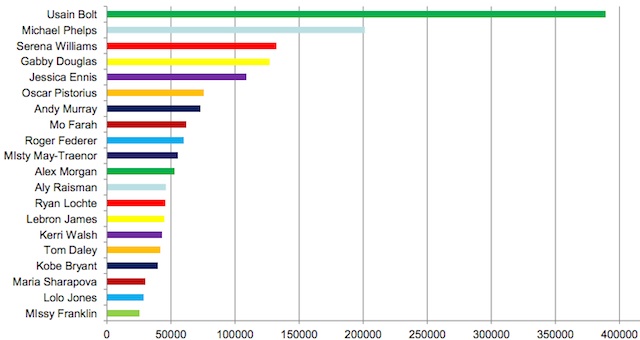 As reported by Social Media Today, the biggest moments of the comeptition, as measured by Tweets per minute (TPM), were:

Twitter really was the social media platform of the moment during the Olympics.

The Games highlighted the influence of the hashtag and the retweet, and the power of the mass following.

(Michael Phelps, the American swimmer, was dubbed the winner of Gold in social media, acquiring over 1 million new Twitter followers over the two weeks of the Olympics.)

Twitter was a great way to find out what was happening at the games in real time.

It allowed those who couldn't be permanently glued to a TV screen or who weren't lucky enough to get tickets to the events the chance to experience the Olympics as they unfolded.

During the two weeks, it sparked a few controversies, mostly thanks to negative tweets about athletes such as Tom Daley; but as a whole it was used as a platform for the positive celebration of the Olympics, the athletes and the organisers.

The London 2012 Olympics were a perfect example of how influential Twitter can be, and this is probably only a taste of things to come in the future.

These Games may be seen as the biggest social media event so far, but they definitely won't be the last.